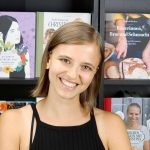 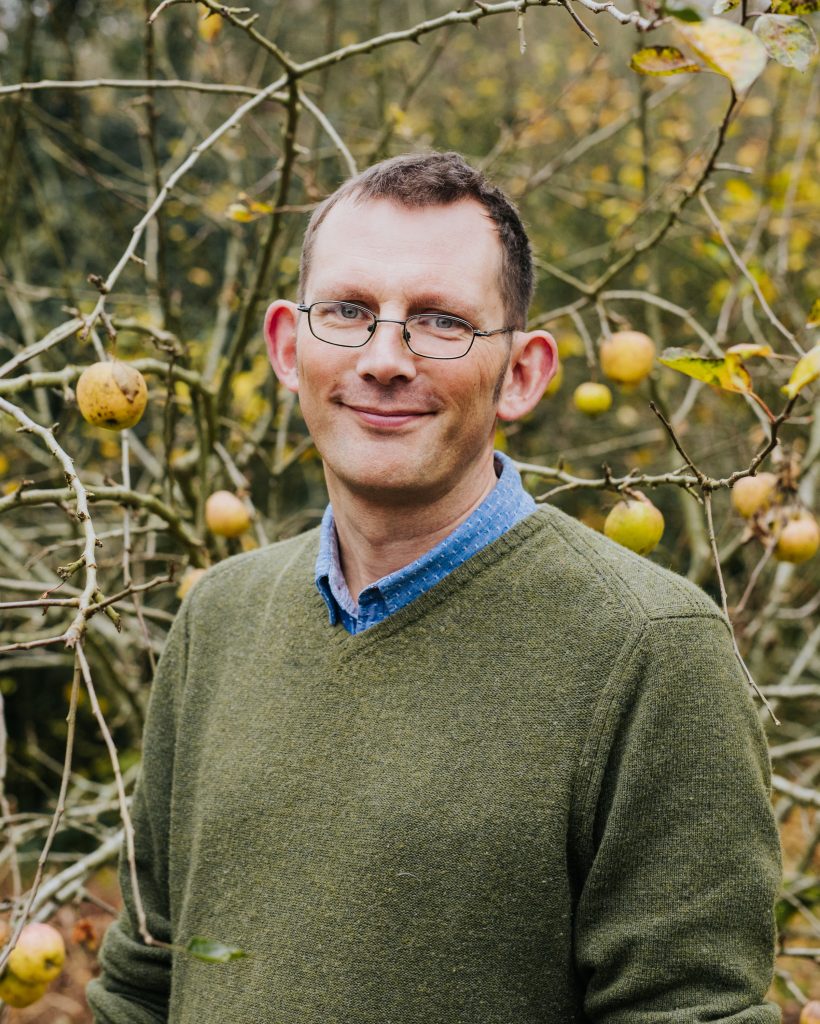 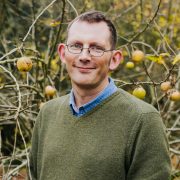 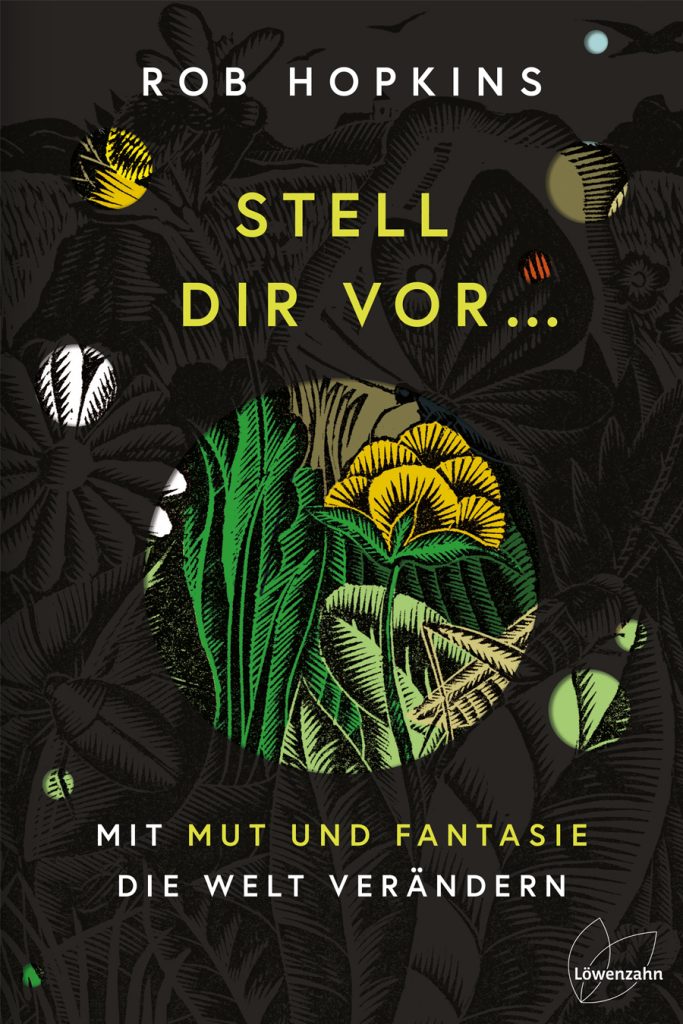 Has imagination always played a big role in your life? Have you always found it easy to imagine things?

Rob: I was very fortunate I think to grow up with parents who supported my artistic and creative life as a child. I read voraciously, I drew, I made things. I also feel very fortunate to have grown up before mobile phones and the internet, when long dreamy afternoons were possible, when you could give your attention to a book for a whole afternoon, or to making a painting, or writing a song. I made up stories, and illustrated them, and had a very active imagination. I then, at about 13, discovered punk, with its philosophy of “Do It Yourself”, which was very empowering to the imagination. Start your own band! Start your own record label! Start your own magazine! I found it all very exciting and it also introduced me to a lot of political thinking too.

You co-founded the Transition Network and Transition Town Totnes. How did that come about?

Rob: It came about as a What If question: What if communities were the catalyst for truly addressing the climate emergency? It really began just as an enquiry in my town of Totnes to see what we could do here, in this place, with the people we have, the resources, the connections, the energy, the motivation, that we have as a community, without waiting for anyone’s permission. We wanted to take an approach that was based on hope, optimism, practical action. David Orr, Professor of environmental studies, once referred to it as “hope with its sleeves rolled up” which I rather like. Interest in the idea from elsewhere in the world (including Germany!) grew and grew, and so Transition Network was set up to support that. You will now find Transition groups in over 50 countries around the world. We describe it as a ‘network of communities who are reimagining and rebuilding the world’.

Let’s talk about your book “From what is to what if”. How was the idea for the book born?

Rob: It was born because I kept reading people who I really admire, people like Naomi Klein and George Monbiot, who kept writing “climate change is a failure of the imagination”. It stuck with me, it got under my skin. I was left thinking, “Is that true? Why would we be experiencing a failure of the imagination in 2021? And that might be driving that?” It set me off on a journey of exploring this question. I interviewed over 100 people, most of whom I hadn’t even heard of when I began, to try to understand what is the state of health of our collective imagination. I came to think that we are living in a system that works almost as a ‘disimagination machine’, a perfect storm of factors that are ruinous to the imagination, at the worst possible time in history for that to be the case. As Walidah Imarisha puts it, “you cannot build what you cannot imagine”. It was a fascinating exploration, which left me feeling that we understand that if a population doesn’t get a good enough diet, we will see a rise in preventable illnesses. That if a population doesn’t have a good education system it will fail to reach its potential. Yet just out of our vision, our collective imagination is declining and declining and no-one is even noticing. I wanted to put it back in the middle of the table and say “this really really matters”.

When did you start asking yourself What-if-questions?

Rob: I guess in some ways I have always done it. I have always been an intensely curious person, and curiosity often starts with good What If questions. What writing this book did for me was enable me to see the work I had been doing over the previous 13 years in the Transition movement through a new lens. You can see the Transition movement as being many things: an economic development approach, a set of tools for communities to work together, an approach to resource the inner lives of activists… but I also came to see it as being a movement of stories, a movement of What If. What Transition groups do is to make and hold What If spaces, spaces where people in a community can come together to understand the scale of the crisis we’re facing in a supportive setting, and always in the context of what we can do about it. And to hold well facilitated spaces for people to explore, with others, what the local response might be. The reality is that in 2021 you will find those What If spaces almost nowhere else. So the work Transition groups do is so so precious, and the diversity and the dynamism of the projects they are doing on the ground all around the world, inspired by that What If work, and the nurturing of local visions, is humbling.

What do you think would change in our lives if there was more focus on imagination – in education, in politics, in our private lives?

Rob: I think we would feel so much better! A vibrant imagination is, I think, a manifestation of wellbeing and good mental health. I visited a place in Dundee called Art Angel while I was researching the book. They work with adults who are suffering from burnout, mental ill health, anxiety, stress, trauma. They use art as the way to engage people. They say “when you walk through our door, you aren’t a patient, a client, you are an artist, preparing work for an exhibition”. And I spoke to many people there who were really happy to tell me their stories of how their imaginations had disappeared, their ability to see the future as something hopeful had disappeared, and now it had come back. It was very moving. Being imaginative feels amazing. But it needs to be given space, to be respected. At the moment, to some degree, imagination is a function of privilege. If your basic needs aren’t met, if you experience systemic racism and economic exclusion, it is very hard to live an imaginative life. We need to recognise the urgent need to redesign education, politics, public life, architecture, design, business, so that they facilitate an imaginative society.

What can we do as individuals to revive our imagination? Or what should we stop doing?

Rob: In the book I present a strong case, I hope, that we need to radically reimagine our relationship with smartphones and the internet. These highly addictive technologies are designed to devour, and to monetise, that time and space where 20 years ago we might have gone for a dreamy walk or just read a book, we now fill all that space scrolling through feeds. As Sherry Turkle puts it, “we are forever elsewhere”. We need to spend more time outside. We should read more novels. Immerse ourselves in the arts in all their forms. Eat a good diet. Start a garden. Work collaboratively with other people. One of the most important things you can do is to surround yourself with stories of positive change that are already happening around the world. There are many many such stories. Your ability to imagine, and long for, a low carbon world, depends hugely on the number of such stories you’ve heard. Get involved in projects that are being the change. Learn to become a good storyteller. Read my book!

What do you think are the most important things we should change collectively to give imagination more space?

Rob: We need to stop talking about climate change as if catastrophe is inevitable. If we don’t act with sufficient ambition, it may well be what happens, but it’s not inevitable. It is still possible, just, that we could still create an extraordinary transition. I feel like in every conversation that we have about the climate emergency, we should also we adding in our story of what a low carbon future could be like. So much of this, for me, is about longing. How do we cultivate longing for a low carbon future? That’s the work of storytelling and imagination. All too often, a low carbon future is presented as being about moving away from something, something irreplaceable, something that is non-negotiable. We need to reframe that so that the conversation is about how thrilling, how incredible, what we are moving towards could be. We need to create longing for that world, in every conversation we have, every play we write, every business we start, every study programme we design, every building we design. Our success in reaching zero carbon by 2030, or 2035, will depend, in large part, on how successful we were in cultivating the longing for it in 2021.

Could you give us an example of a project you’ve come across that was really imaginative and that inspired you?

Rob: I love the story, which is in the book, of the Liège Food Belt project. It started in the city of Liège in Belgium. It started with the Transition group coming up with a What If question, ‘What if, in a generation’s time, the majority of the food eaten in Liège came from the land closest to Liège?’ Such a beautiful question. It has unlocked a collective reimagining of the food system. In Liège there are now 25 new co-operatives, which between them raised €5m from local people. You can see a city reimagining its food system. For me it was very moving. I had spent many years travelling around speaking, and writing, about a new vision for how the future could be. In Liège there it was. I could see it, touch it, taste it. It was pretty incredible.

What is your most pressing What-if-question right now?

Rob: What if the release of this book catalysed a revolution of the imagination in Germany? What if it spread like wildfire through all levels of society, and proved to be the key that unlocked the kind of bold, fresh thinking, and widespread engagement that meant that Germany become the world’s first zero carbon nation? What if people then looked back on that 10 year period as having been the most exhilarating time in German history? 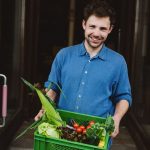 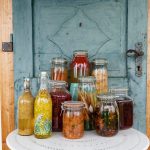 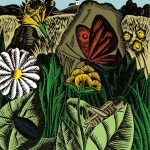 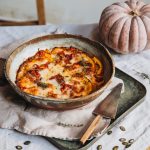 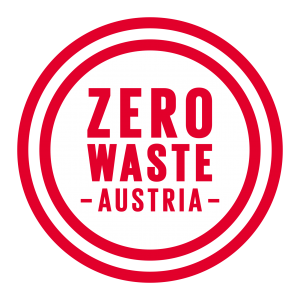